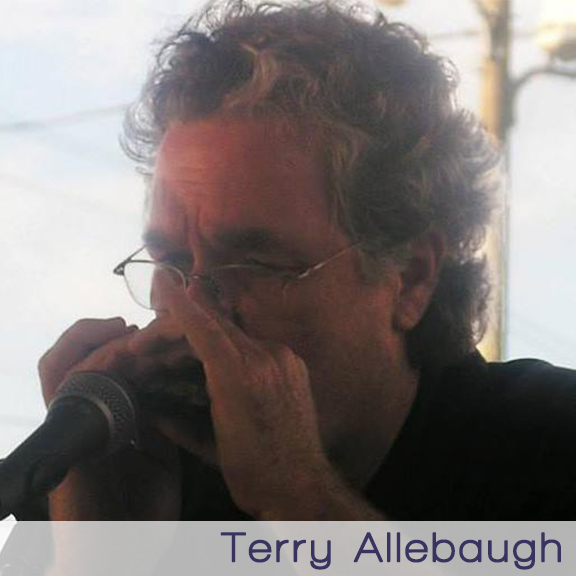 Terry Allebaugh learned to play folks songs and hymns on harmonica at a young age from his great-grandmother, Clara May Sandy, who lived in Broadway, Virginia, located in the heart of the Shenandoah Valley. He expanded his skills as a student at Berea College in Kentucky, learning old-timey and bluegrass, and when he later moved to Durham, North Carolina, he added blues and jazz styles to his musical base. His former band, Stuff in the Pot performed at the Bull Durham Blues Festival and he has played the national anthem on numerous occasions for Durham Bulls baseball games. Terry is often asked to play for weddings, funerals, and worship services.