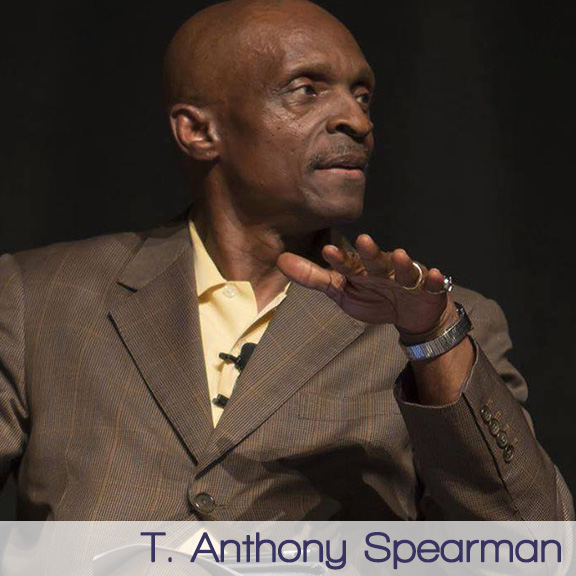 T. Anthony Spearman
Rev. Dr. T. Anthony Spearman is the senior pastor of St. Phillip A.M.E. Zion Church in Greensboro, the third vice president of the North Carolina Conference of NAACP Branches, and a candidate to become the civil rights organization’s next permanent state president now that Rev. Dr. William J. Barber II is stepping away from the post he’s held for 12 years.

He is a key leader in the Moral Monday and Forward Together Movement that has brought national attention to the broad coalition of social justice organizations that are working together to change recent legislation in N.C. such as denying the expansion of Medicaid, significantly reducing access to early voting, eliminating Sunday voting, cutting unemployment benefits to long term unemployed people, and budget cuts that reduced the number of teachers in public schools. During his time in Greensboro in the 90’s, Dr. Spearman was a member of the Pulpit Forum, a group of primarily African-American ministers who stood in solidarity with Greensboro K-Mart workers who were asking for wage parity with other K-Mart employees in other states as well as an increase in paid holidays, and more sick days. Dr. Spearman is a regular fixture at Moral Monday protests all across the state.