Standing on Shoulders – A Songwriter’s Take on Great Songwriting

Fans of Dylan, Springsteen, Joni Mitchell, The Beatles, Norah Jones and Adele – don’t miss this set by award-winning singer/songwriter Hannah Rand. As a senior project for her songwriting music degree at Belmont University, Hannah studied 6 songs from these 6 masters and created her fresh take on each of them, then crafted originals based on what she learned. Of the resulting album, “”Standing on Shoulders,”” legendary CCM and country music songwriter Pat Terry has said, “Hannah does the work of a real songwriter… she’s inside her lyrics, and pulls us in there with her. I love her originals. ‘Must Not Have Known’ is amazing. And her take on ‘The River’ has me listening again and again. Thanks to Hannah for following her heart.” This 22-year-old’s powerful and vulnerable songwriting is matched only by her emotionally compelling performances, and a voice that’s often compared to Sarah Bareilles and Ingrid Michaelson. 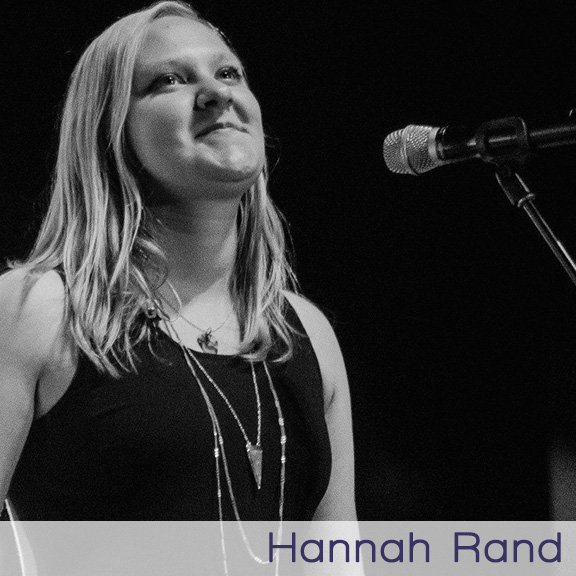 Hannah Rand has been writing songs and performing since she was 12, winning a Grammy Foundation songwriting award while still in high school. Her first year at Belmont University she won the highly competitive ASCAP/Belmont Best of the Best show – unprecedented for a Freshman – and continued to win awards throughout college. Her senior honors project was a deep dive into classic songs from master songwriters like Dylan, Springsteen, Joni Mitchell, The Beatles, and Adele. The result was the recently-released, “Standing on Shoulders,” a beautiful and emotionally compelling album of 6 covers and 6 originals. Sometimes compared to a young Sarah McLachlan, this 22-year-old is still uniquely her own person, with an indie pop/folk sensibility in her arrangements, and a musical sophistication beyond her years. Hannah’s also a lead singer in the alt worship band, The Many, and writes most of their songs.