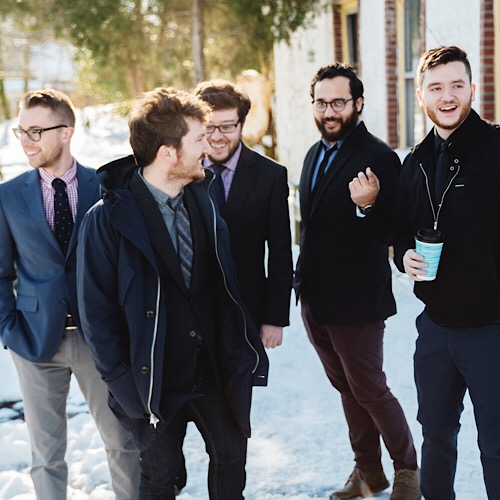 Near the start of The Pinkerton Raid’s newest album, Jesse DeConto asks, “Where’s the star to lead us home?” The answer, in a cycle of realistic truth-telling and undeterred hope, is simply this: We sing together.

Inspired by the first Wild Goose, Jesse and band members have been leading Beer & Hymns back at Fullsteam in Durham, North Carolina, gravitating toward songs that have soundtracked social movements since the 1940s. WHERE THE WILDEST SPIRITS FLY captured that energy with a sing-along choir, earning high praise from THE ALTERNATE ROOT, MOTHER CHURCH PEW and more. CHARLESTON CITY PAPER dubbed it “love-one-another songs.”