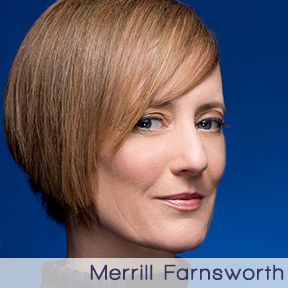 Merrill Farnsworth
Merrill Farnsworth comes to WGF as lyricist, poet and playwright. Her performance piece, Jezebel’s Got the Blues, was featured at the Southern Festival of Books, in NYC at the Puzzle New Works Festival and The Wild Goose Festival. Her book of poems Kissing My Shadow, is nominated for a 2016 Pushcart Award. Merrill’s short stories and various poems can be found in Southern Poetry Anthology Volume VI: Tennessee, as well as in Silver: An Eclectic Anthology of Poems and Prose, Green: An Eclectic Anthology Poetry and Prose and other anthologies. Merrill is founder of writingcircle.org and a therapist in private practice working in the areas of narrative therapy, spiritual direction and dream work. She travels nationally facilitating writing workshops and co-hosts Howlin’After Dark, a series for emerging writers in Nashville’s writing scene.

Soul Food, Shape Shifters and Holy Fools
What feeds your soul? Who shapes your belief? Is it wise to be a holy fool? Is the Wild Goose Festival willing to welcome anyone who shows up wanting to engage in a conversation about faith … what about the Devil himself? Bring your sense of humor and an open mind to join Merrill Farnsworth and friends for a performance piece based on writings from The New Testament, featuring the musical riffs of Phil Madeira and a cast of various writers and artists from this year’s Wild Goose Festival line up.