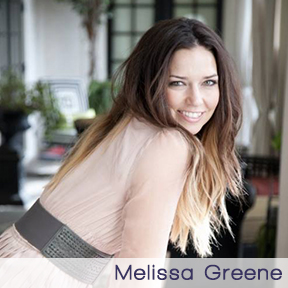 Melissa Greene
Melissa Greene was a part of the Grammy Nominated and American Music Award wining Christian Music Group, Avalon, for almost 7 years. In 2009 after resigning from Avalon and full-time life on the road, Melissa began to work at GRACEPOINTE Church in Franklin, TN as the Worship and Arts Pastor. GRACEPOINTE (www.gracepointe.net) is a progressive Christian community where conversation and dialogue are encouraged as a vital part of growth, and it is believed that everyone’s voice holds value at the table. Melissa was ordained in January of 2014. She then moved to the role of Associate Pastor in August of 2015. Melissa continues to serve by curating the services, leading the music and now preaches monthly. She also is the Hope Curator for a prison outreach called Timothy’s Gift (www.timothysgift.com). She travels to upwards of 40 maximum security prisons a year in order to encourage the inmates and the staff to believe in their inherent worth. She recruits excellent artists and musicians to create a two-hour concert to both entertain and uplift the men and women. Melissa is a mother of two wonderfully demanding and beautiful children which keep her on her toes. She is also married to Ben Greene, her partner in this adventure of life and her best friend. Melissa is always looking for life’s beauty to be found, truth to be discovered, goodness to be strived after, and moments to be savored.

Liturgy, Art, & Progressive Christianity: The Need to Rewrite
Join Melissa Greene, associate pastor of GRACEPOINTE Church, as she speaks with Doug Paggit on how she’s personally found the need for incorporating new language in our liturgies, prayers & songs for the church. After working as the pastor of worship and arts for the past 7 years and curating services she discusses the challenges with needing new language to capture new fresh ideas specifically within Progressive Christianity.

Hospitality as a Feminist Act: What happens when women lead communities
The Reverend Jane Gerdsen (Praxis Communities/Episcopal Diocese of Southern Ohio) and Meridith Owensby (Lydia’s House Catholic Worker) will discuss women’s leadership in the creating and hosting of faith-based intentional communities. Drawing from scripture and from more recent examples of women whose faith led them to create communities of change, this dialog will include stories from Jane and Meridith’s experience at the helm of startup communities. Come share your favorite inspirational stories and your own experiences of the triumphs and tribulations of community especially as they relate to women.