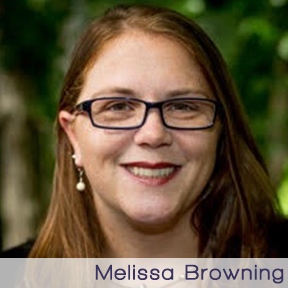 Melissa Browning
Melissa Browning is the Assistant Professor of Contextual Ministry at McAfee School of Theology at Mercer University in Atlanta, Georgia. Melissa is passionate about ending the death penalty and reforming our criminal justice system. Most recently, she worked on the #KellyOnMyMind Collective, a public activism campaign seeking clemency for Kelly Gissendaner. Kelly was killed by the state of Georgia on September 30, 2015. Beyond Melissa’s work on the death penalty and criminal justice reform, she also writes on issues related to global health and community development, particularly HIV and AIDS in East Africa. She is an ordained minister in the Baptist church. Her current research how churches can become better agents of social change.

Storytelling as Activism Against the Machine of Death
Stories are central to good activism. This presentation weaves together stories about activism, the death penalty, and mass incarceration as Nikki Roberts and Melissa Browning reflect on the social justice community that was created through Kelly Gissendaner’s death row clemency campaign. Nikki Roberts is a returning citizen who spent 10 years incarcerated. During this time, she tried to take her own life, but Kelly spoke through the vent and stopped her. Melissa Browning is a seminary professor and social ethicist became an organizer on the campaign because of Kelly’s story. In telling their stories together, they offer reflections on how stories can create social change.