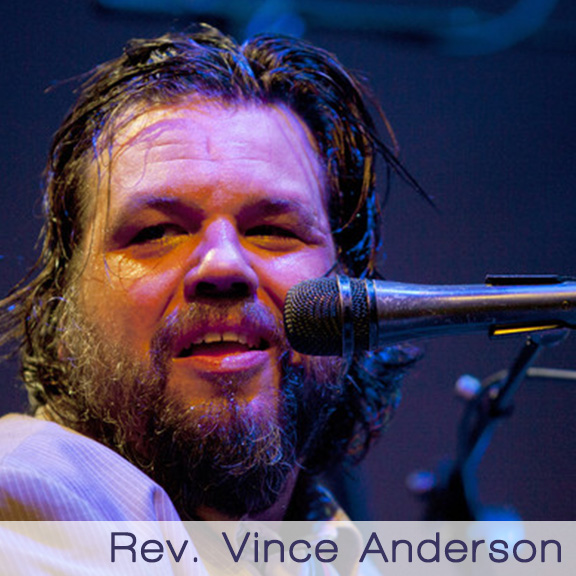 Born in Fresno, California (the raisin capital of the world), Vince moved to New York City in 1994 to study at Union Theological Seminary with the intention of becoming a Methodist minister. The Reverend lasted three months in seminary, before sensing a new direction to take his music and message to where the people were – into the bars and taverns.

The Reverend calls his music, “Dirty Gospel”, a term reflecting both his musical influences and his theological perspective. He has released four albums, as well as playing a weekly show in New York City for over 20 years with his Brooklyn based band “The Love Choir”. He’s toured internationally as well as playing with artists such as The Roots, Daniel Johnson, and Melvin Van Peebles. His band includes members of TV on the Radio, Run the Jewels, Nick Waterhouse band, and Burnt Sugar.  Rev. Vince is currently setting the book of Psalms to music.