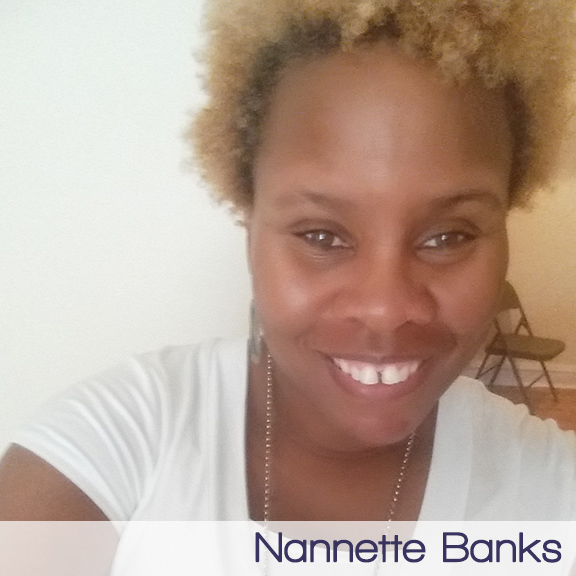 Rev. Nannette Banks is a world traveler, people and poetry lover who believes in the power of worship and the sacraments to liberate and set free all who are marginalized and oppressed –for the table was set in the presence of (my)the enemy! She is also the voice of This is what happens Wild Goose Video.

Currently, she is an itinerant preacher and  serves as the Director of Alumni/ae and Church Relations at McCormick Theological Seminary in Chicago. 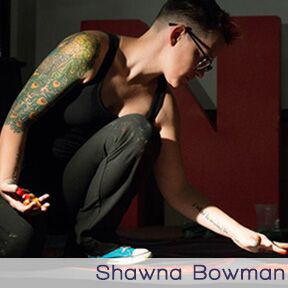 Shawna Bowman is a Presbyterian Pastor and a Theological and Liturgical Visual Artist. She pastors a quirky and radically gracious community called Friendship Presbyterian Church that meets in the Norwood Park Metra Station in Chicago IL.  Shawna works with churches, faith communities and not-for-profit organizations to help them tell their story through visual arts. She also paints, builds and invites others to encounter God through art-making during worship and other events. Shawna is passionate about empowering others to integrate visual-arts in their spiritual and worshiping life. She teaches workshops and leads retreats in order to provides space for artists to integrate their spiritual and creative selves as well as learn how to incorporate the arts in their worshiping communities.

You can find Shawna’s work and words at artforgodsake.com and her sermons and lectionary reflections at shawnabowman.com. Her church is also on the web at fpcchicago.org.