Wild Goose founding director Gareth Higgins grew up in northern Ireland amidst the social conflict that claimed the lives of nearly 4,000 people, injured 43,000, and traumatized countless others. But over the past twenty years and more, a remarkable political transformation has occurred, leading to former sworn enemies sharing power for the common good. At a moment in the US when political division and aggression are so conspicuous, join Gareth for a conversation about how the same thing could happen here: people stewarding power yet seeking the most good for everyone. 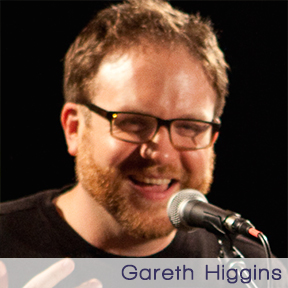 Gareth Higgins is a writer from Belfast, Northern Ireland now living in Asheville, North Carolina. He was the founding director of the Wild Goose Festival, as well as the zero28 Project, a faith-based peace and justice initiative in Northern Ireland, and Movies & Meaning, a community making peace through story and image. He has written and spoken widely on religion and conflict, art & spirituality and cinema and reducing violence. He leads retreats every year in Ireland, and is happy to be a work in progress.