The Daily Office: Ancient Spiritual Practice that Heals the World

Does prayer ever seem an accumulation of catch phrases when you desire to offer something beautiful to God? Does it ever seem more effort than surrender, more performance than encounter? Could your prayer better support your engagement with the world? The Daily Office is an ancient spiritual practice that unites you with a worshipping community throughout time and space. Through meditating on Psalms and other scripture together you join the very prayer of Christ. This workshop shows how prayer can sanctify time and bring peace to the world. We will look at widely available print and electronic resources for use either in community or individually. We will show you how simple or elaborate this practice. We will learn a few ancient and modern chants, and will pray a simple form of Vespers, the service used at dusk at the lamp-lighting. All are welcome. 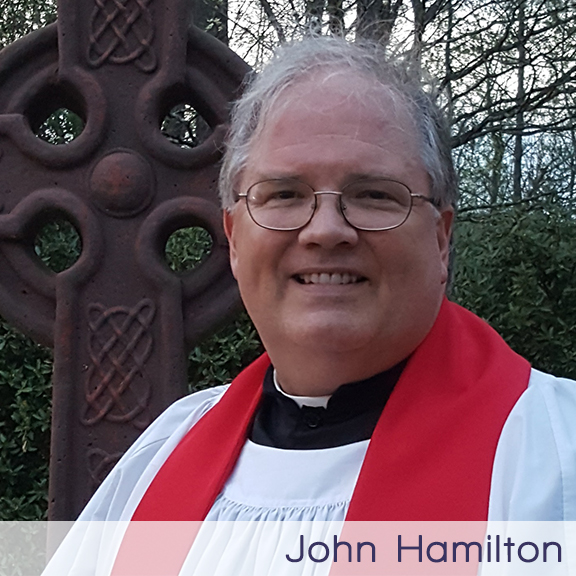 John Hamilton is an Episcopal Priest serving at St. Elizabeth’s Church in Dahlonega, Georgia. Making ancient wise spiritual practices from his Anglican Tradition available to others is his current focus, outside his parish. Chief among these is the Daily Office. This year will be his fifth Goose. He studied theology at the University of Oxford and at the General Theological Seminary in New York City, lived in L’Arche, and was a missionary in Honduras where he learned serving the world well requires a foundation in prayer. In high school he found the daily office, also called the liturgy of the hours, and he has pursued this ancient spiritual practice both individually and communally for four decades, in four languages, on three continents. Basically he’s a daily office junkie and wants to get you hooked! But he advises caution: God just might answer prayer!