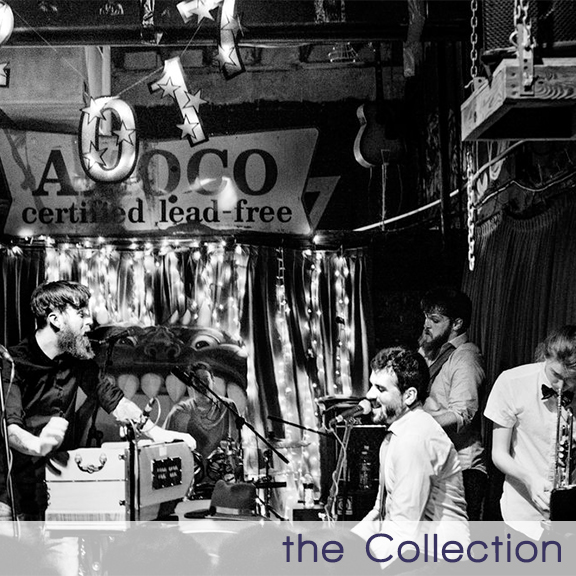 It didn’t take long for David Wimbish’s solo project to become a full band. The community that had inspired his music quickly began to embody the songs, wielding instruments last played in middle school marching band, and fulfilling the Collection’s name. Coming from Greensboro, North Carolina, their songs stem from an awareness of their state’s folk roots, and an appreciation of orchestral and world music. After the loss of dear friends and family, the band released their first full length, “Ars Moriendi”, featuring over 25 musicians, and wrestling with questions of mortality and spirituality. As the last year has brought more focus to the Collection, both in size and in vision, and through the release of their new album, “Listen To The River,” they still retain original inspiration and muse – the community of those intrigued by the mystery of life.