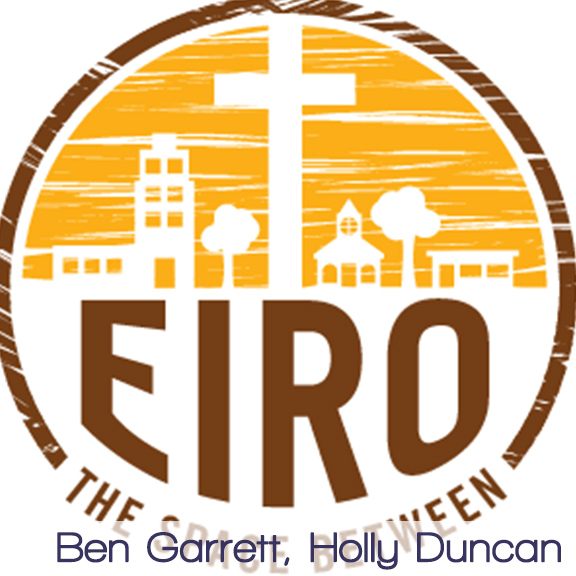 Holly Duncan and Ben Garrett are EIRO. EIRO exists to invite and equip churches to join in the flourishing of their communities. Through workshops, consultations, and relationship building, EIRO is bringing churches back into their neighborhoods where they can join in God’s reconciling work.

Holly is originally from Chattanooga and has lived in Tucker, Georgia for the past 11 years. Prior to founding EIRO, Holly was the Executive Director for NetWORKS Cooperative Ministries. She led NetWORKS through a change process to create a ministry that was focused on building relationships and aimed at empowering everyone who came into contact with her ministry.

Ben is a Marietta, Georgia native. He has worked with churches and nonprofits in Atlanta, Birmingham and Chicago. Ben is a fairly recent divinity school graduate and often still thinks on the quarter system.