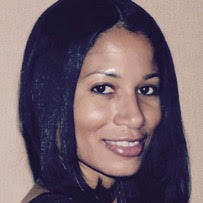 Logan is a multimedia journalist who found herself at a seminary by way of faith. She now serves as Director, Admissions, Recruitment and Marketing at The General Theological Seminary of the Episcopal Church, in New York City, and previously, as Associate Dean with Auburn Seminary, a multi-faith institution focused on media fluency and social justice. Today, she works with people and organizations to realize their hidden potential, including 10 years experience in the nonprofit sector, serving on the board of an NGO working to eliminate guinea worm and obstetric fistula in Africa, and specializing in storytelling, culture, faith matters, and politics. Logan cut her teeth at ABC News’ World News Tonight, and was part of the team of producers awarded (5) Emmys for breaking news coverage. A featured writer with The Huffington Post for a decade, her work is cited in The Huffington Post Complete Guide to Blogging (Simon & Schuster) and often draws upon her background being raised by an African immigrant scientist and an Irish-American deacon, both of whom shared the same Episcopalian faith— as well as her adventures in the world of broadcast news. Her criticism, commentary and reporting is also published at ABC News, The Guardian, and other digital media. She has led the production of shows helmed by a number of leading progressive political pundits, including Robert F. Kennedy, Jr., Ron Reagan, Rachel Maddow, Cenk Uygur, comic Janeane Garofalo, and Grammy-winning musician, Steve Earle. She’s commissioned stories, guided reporters and edited news for NPR, and managed production processes at various outlets, including Al Jazeera television, where she shaped nightly news production and launched a magazine show. At Al Gore’s Current TV, she worked as a senior producer and on-air contributor, and also served as the on-air reporter covering California for Public News Service radio.