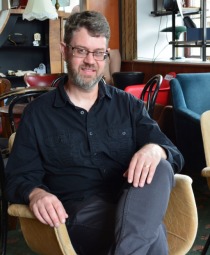 Clayton Crockett is a Professor of Religious Studies at the University of Central Arkansas. He studies radical theology and contemporary philosophy of religion, and it working on ideas about energy in terms of religion, science, and politics. He is a Fellow of the Westar Institute and a member of its Seminar on God and the Human Future. He has written and edited a number of books, including Radical Political Theology, Religion, Politics, and the Earth (with Jeffrey W. Robbins), and Doing Theology in the Age of Trump (edited with Jeffrey W. Robbins).
He lives and works in Conway, Arkansas with his wife and two children. He is mainly trained as an academic, but he supports a progressive Christianity and other forms of religion that can intervene into situations of politics, social justice, and climate change in liberating ways.
Website
Facebook