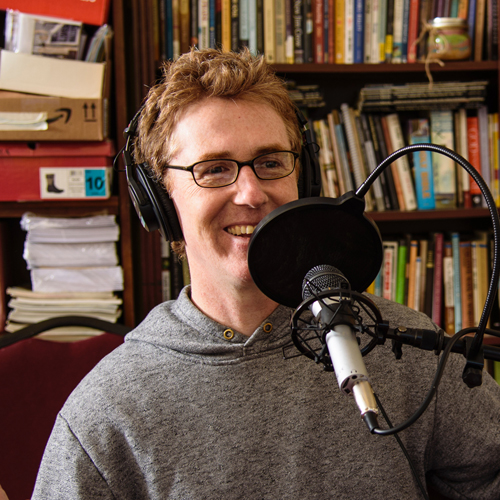 Marthame Sanders is an Atlanta-based dad, pastor, and artist. His latest project, aijcast, unites his passions for art, faith, and justice. The weekly podcast, featuring artists in conversation and performance, is in its second year. Marthame performs improv comedy, while also using the tools of improv to teach others the power of saying “Yes And.” Under the nom de rock Marred Fame, he released Preachy in 2016, a throwback to the grunge/unplugged era of the 1990’s. In 2004, he and his wife Elizabeth produced a documentary film series Salt of the Earth: Palestinian Christians in the Northern West Bank. A graduate of Yale University and the University of Chicago, Marthame has served in ministry in the Presbyterian Church (U.S.A.) as international mission staff, youth director, and solo pastor. Marthame and Elizabeth are busy parenting their two sons, ages 7 and 12, who are awesome but—let’s be honest—kinda immature. Marthame is excited for his first Goose!