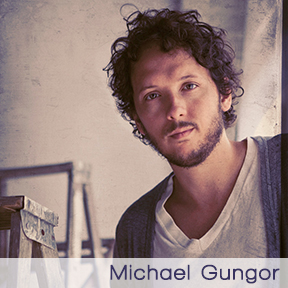 Michael Gungor
Michael Gungor is an American singer-songwriter. He leads the musical collective Gungor, which has received multiple Grammy nominations. The group’s music has been compared to the music of Sufjan Stevens, Bon Iver, and Arcade Fire. Aside from his work with the band, he has written and produced music for several other artists. He has also written a book titled The Crowd, the Critic, and the Muse: A Book for Creators.