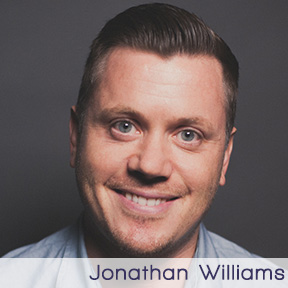 Jonathan Williams
Jonathan Williams is a writer, speaker, and pastor. Jonathan currently serves as the Senior Pastor of Forefront Church in New York, NY, a progressive church that works to bring a just and generous Christianity to New York City. Jonathan has spoken at several national conferences including Exponential, Eastern Christian Conference, and the Organization of Progressive Evangelicals Network. Jonathan’s writing appears in the Christian Standard and Rebel Storytellers publications. In 2014, Jonathan was named one of the top 40 leaders under 40 by Christian Standard Magazine. He currently resides in Brooklyn, NY with his spouse and two daughters.

How The World Is Going to End
The media has been abuzz as of late with the topic of “Bathroom Equality.” In this session Ryan Phipps (Forefront Church, New York City and Huffpost Religion Contributor) proposes a solution that works for every gender using a blend of architecture and theology.