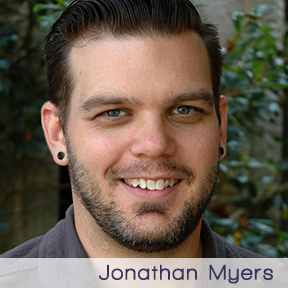 Jonathan Myers
The Rev. Jonathan Myers, Episcopal priest, is the Commons Curator at Habitat Tavern & Commons and assistant brewer. Jonathan earned an M.Div and Certificate in Spiritual Direction from the Seattle School of Theology and Psychology and currently resides in Asheville, NC with roots in western Ohio.

The New Abbey Movement and the Story of Habitat Tavern and Commons
Abbeys’, Commons’, and Collectives’ are giving birth to new ways of being and living in the world. By creating spaces for creative social, philosophical and theological exploration, these new third places are undoing the story of late capitalism defined by overconsumption, irresponsible stewardship of resources, and collective narcissistic colonialism. Habitat Tavern and Commons in Asheville, NC is a new expression of one of these spaces. Matt Addis and the Rev. Jonathan Myers will share the story of Habitat and host a conversation on what it means to create a space for writing the story of the common good and the role of localized ‘mainline’ churches in such work, especially where religious liturgy, mission, and stewardship only seem to reinforce the late capitalist ideology. Matt, an Episcopal layperson, is Head Brewer and instigator behind Habitat Brewing Co. Jonathan, Episcopal priest, is the Commons Curator at Habitat and assistant brewer.