Stand-up comedy! Take a break and come have some laughs,followed by a discussion: I’m queer – will I be welcome?

Stand-up comedy! followed by a discussion: I’m queer – will I be welcome? I will share my story of coming out and fitting in (or not) and I invite attendees to share their experiences of being an out (or not) GLBT member of a Christian congregation. I will also provide resources for those seeking the welcome for GLBT Christians.I have shared my Christian journey with PFLAG groups, a teen GLBT group, and for panels including one with the Niebuhr Center at Elmhurst College.”In a world where faith is so often perceived as irrelevant at best and hypocritical at worst, Joyce’s take on being a Christian is fresh air and air gulping humor. Hers is a poignant, relevant, and earthy wit that is built upon sound theology and practical faith. Joyce brings a healthy balance of humor, satire, and irony to narratives of living the faith in the post-Christian age.”- Carly Stucklen Sather, Pastor, First Congregational Church of La Grange, IL 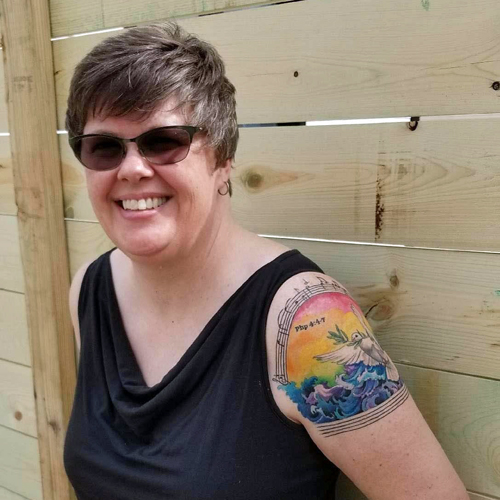