Learn techniques from the ancient Jewish creative writing tradition called Midrash to play with, pull apart, and find transformative space within ordinary language we use everyday. Using hand-bound notebooks instead of handouts, we’ll talk and write together towards a poem like this: Not much was harder than saying out loud / “You’re right, we got it wrong.” But in / out-louding the “wrong,” we were also saying / “You’re right” and “We got it.” And though / you insisted that we’ll never get “it” / —and there are signs to suggest “you’re / right”—still, that day, “we got,” somewhere, / somehow, trying to “right” our “wrong.” / A little bit closer to “You are,” maybe. / A little bit closer to “we.” (Rock & Sling 2017) No prior writing experience is required for this workshop–just honesty, open eyes, and a willingness to believe that what we’ve been given can, with love and imagination, be made into what we need. 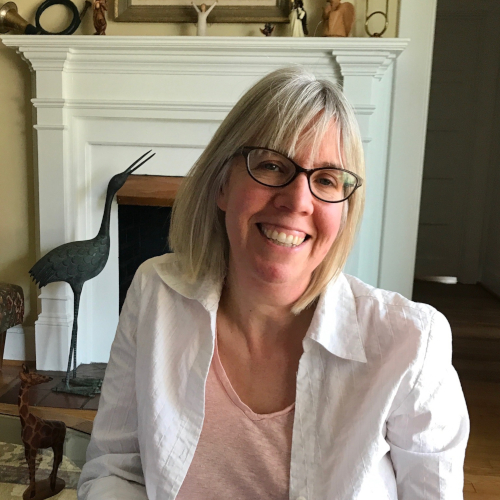 Judith Kunst is a poet and lifelong student of language and how it can work in the world. Her book The Burning Word: A Christian Encounter with Jewish Midrash celebrates the amazing Jewish idea that God intends the Bible as a conversation starter: that God eagerly awaits our arguments and questions and stories and poems. Some of Judith’s poems have appeared in The Atlantic, Poetry, Image, and other places. She and her husband and their three sons have just moved to Evansville, Indiana after a three year adventure in rural southeastern North Carolina. This is Judith’s first WGF, but since geese have been showing up in Judith’s writing for decades, she expects to feel right at home.
judithkunst.com